I saw a live performance of A.L. Webber's "Jesus Christ Superstar" in Sydney back in the '70s.  Many church people were critical of it at the time but I thought then, as I still do, that any promulgation of the Gospel message was valuable.  It is a great message of hope and kindness. I no longer share the hope but perhaps some of the kindness has stuck.

So when I recently saw in Target a DVD of the show for $5, I thought it a good purchase.  It is the Universal Pictures movie version from the year 2000. 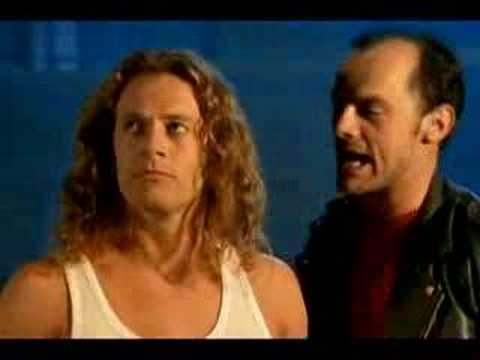 And I can see nothing wrong with the story in the show either theologically or exegetically.  There are even correct quotations from the scriptures at crucial points.  The main emphasis of the show is on the passion, the times immediately leading up to his execution.  And the mental agonies that he is portrayed as undergoing at that time are perfectly scriptural, though much enlarged on.  Read Matthew chapter 26 if you doubt it. My old Bible opened at that spot very easily when I went to check it.

So I think Webber has done the world a service in introducing the Gospel story to a "rock" audience.  He must have reached many that the churches did not.

The casting: Political correctness was already alive and well in the year 2000 so the cast included a lot of blacks.  Maybe there were a lot of Ethiopians in the Jerusalem of Jesus' time that we have not heard about.  There are certainly a lot there now.

But the times seem to get ever more sensitive so I imagine that if the movie were a current release it might get some flack over its casting of a black as Caiaphas. According to the Gospel accounts, Caiaphas was the major antagonist of Jesus. He was the villain of the piece, in short.

And the casting of Jesus was unrealistic too.  He was cast as a tall, well-built man with flowing and curly red hair.  In life he would have been a short, stocky man with black hair, dark eyes and swarthy skin, as most Middle-Easterners are to this day.  But the casting was pretty close to traditional depictions of Jesus.  It was rather odd that he was the only one wearing a nightgown, though.

I must confess that I found the casting of a light-skinned "black" woman (Renee Castle) as Mary Magdalene rather jarring.  I can take only so much anachronism.  And her rendition of "I don't know how to love him" amazed me by its poverty. She had a very weak and girlish voice.  I would have liked to hear that aria from a soaring operatic mezzo. Helen Reddy did it pretty well, though.