Yesterday I got in the mail a DVD of Zar und Zimmermann -- a German comic opera written about 150 years ago. It took me a long time to decide to buy it but I thought it might be worth a go. It is Austro/Hungarian operetta from either side of the year 1900 that I like and this was composed well before that period in Germany. But I seem by now to have acquired all of the few available DVDs of Austro/Hungarian operetta so I thought I might branch out a bit. Zar und Zimmermann (The Tsar and the carpenter) is after all an acclaimed and popular comic opera that is still performed in Germany. 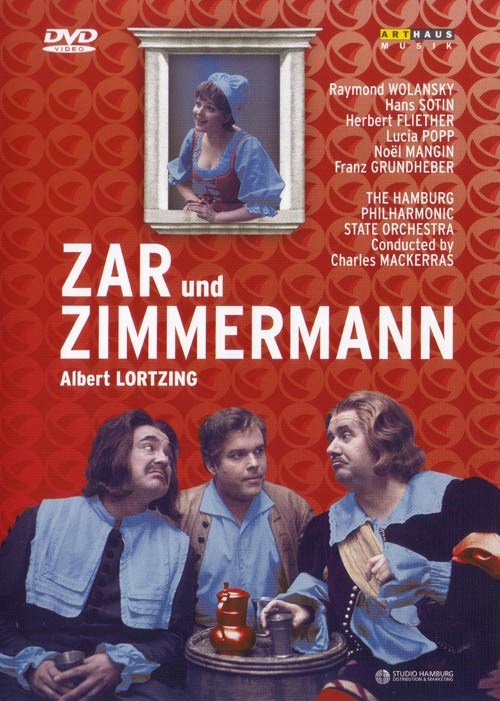 Alas, however, the humour was very low level -- clown humour just about.  It had none of the quick wit and sophistication of Austro/Hungarian operetta.  I just got bored with it and turned it off 1.5 hours into the 2.5 hour show.  Maybe I will try to watch it again some time.  Could the final hour redeem it?  Who knows?

UPDATE:  I have now watched the final hour of the show and have ended up more favourably disposed towards it.  I even got a laugh out of the scene where the mistaken emperor Peter meets his girlfriend in his new role.  The show as a whole was just fun with nothing horrible happening -- which I liked.  I tried to re-watch the mentally ill "Carmen" recently but couldn't do it. It was just too silly.  I gave that DVD to Anne.  She likes conventional opera.

I was most taken with the scenes of Dutch shipbuilding, set in 1698.  It was great to see the old hand-tools in use -- adzes, augers, two-handed planes and crosscut saws. I may be one of the few left who have had some contact with all that.  I have seen a man use an adze and I have myself used a wood auger.  It is downstairs in my garage as I write this.

And seeing the crosscut saw was very nostalgic.  I remember my father setting and sharpening his big blue-steel crosscut saws.  He used them to cut down big forest trees in the era before chainsaws.  Yes: There was such a time.

And the very first Ray in my Australian family was a sawyer -- A central trade in building the old wooden ships. How do you get evenly straight planks without a circular saw?  The old sawyers did it.  The original Joseph Henry Ray came out from England to Australia as a convict chained up in the hold of a sailing ship -- an East Indiaman.  So I almost could see my great-great grandfather at work in this show.

YouTube sometimes does strange things when clips are called from it. You get the wrong clip altogether sometimes. If the above clip is irrelevant, the link to the intended clip is here: https://www.youtube.com/embed/Yat7RGaR9q4

There were actually some distinguished people in the show.  The girlfriend was sung quite charmingly by the Slovakian Lucia Popp, whom the Austrian cultural authorities recognized as a Kammersängerin.

And the conductor was the distinguished Australian Charles Mackerras. There seemed to be rather a lot of Mackerrases around in Australian public life at one time.

The show was supposedly set in "Saardam", now "Zaandam". The production was from the Hamburgische Staatsoper, 1969.